The Game Hannah Made Up

Besides playing tug with the soft rubber toy and catching it -- after she learned to catch popcorn -- Hannah made up a new game.  Sadly, I don't have a video of us playing her game but I'll describe it. 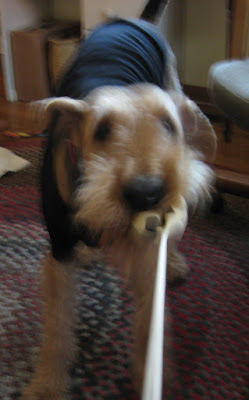 Hannah would bring the toy to me and offer it to play tug.  We tugged for a bit but if it got boring and she let go first and I got it, I would have her sit and tell her to catch, then toss it to her. 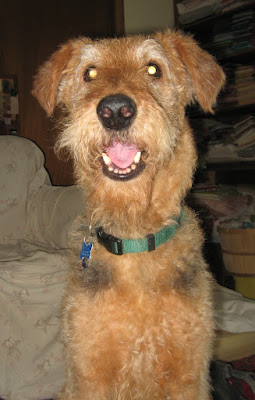 She would await the toss.  Usually she caught it and we'd play tug again.  But there were times when, instead of catching it and playing tug, she would use her nose to bounce it back to me.  The first time it happened I was totally surprised.  Really, Hannah, you can do that?!  She was teaching me a new game.  Her aim was pretty good, too, because I rarely had to run after it.  Sometimes I could predict when she would bounce it instead of catching it -- there would be the slightest twitch of her nose.  Other times I had no idea whether the ball would come back to me or she'd catch it.

Occasionally, once in a while, we would toss the ball back and forth several times in a row without anyone catching it or it dropping to the ground.  I was always surprised and impressed that she was able to do this and that she'd made up the game herself.  We called it bounce-n-catch.

Airedales are so creative!

How I love Hannah and loved having her as part of my life!

Thanks for coming to visit us. We hope you'll come back soon. 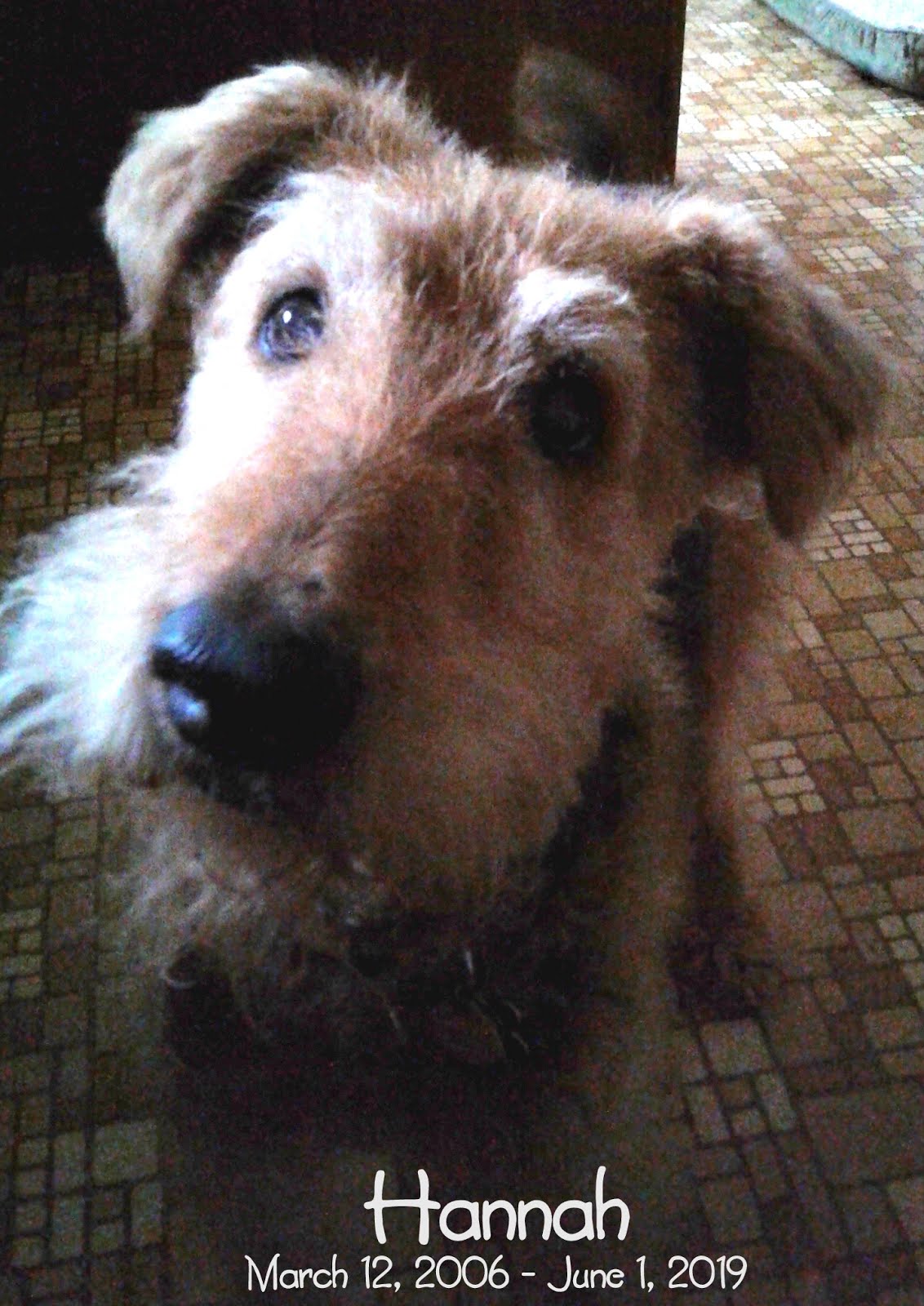